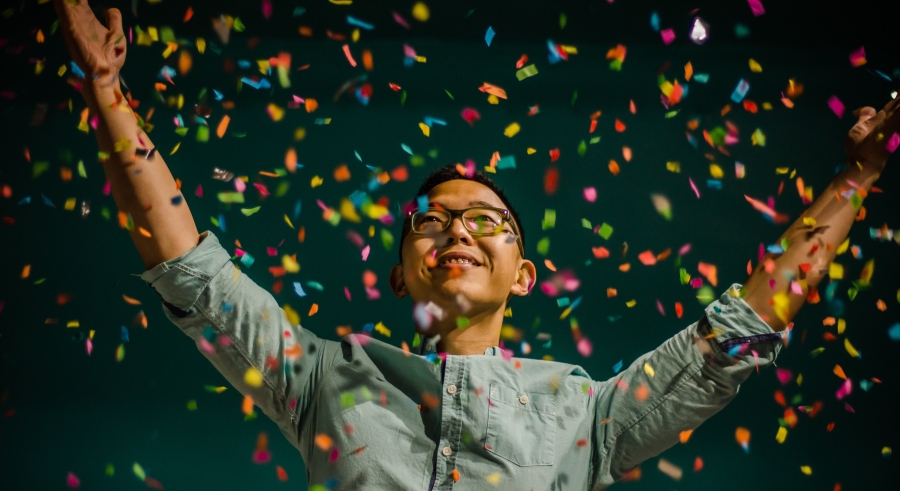 Hello, dear ones! I’ve left my joy pen to rest for many weeks, and here is why:

To be honest, I don’t know that said wonders are fully ready to share. But as procrastination is the mother of stagnation, it’s time to explore this a little. My two questions go thusly:

That’s it! Two simple questions with a plethora, I’m finding, of answers. As I’ve been pondering the multitudes, I keep returning to five examples of realized joy…

The conference almost over, she started to hunch in her chair. The speaker was finally wrapping up. To stay awake–she bent to put her notes in her bag and grab her coffee cup from the floor. “Before we adjourn, it’s time to announce our raffle winner of the free Apple Watch,” came the words from the stage. She scanned the room of attendees and rolled her eyes a little, ready to get back to her hotel. These raffles were just gimmicks anyway.

The winner was announced, and time stopped for a minute. All sound in the room dampened until she realized her colleague was elbowing her. The elbow came again, this time with words and pointing, “It’s you! You won!”

“I won?” she asked out loud. Her colleague nodded. “I won!” she hollered, jumping to her feet. The last few swallows of cold coffee spurted from her dropped cup as she started high-fiving her neighbors and running, game-show style, to claim her prize. She whooped. She hollered. She waved her hands in the air. The audience laughed, but she didn’t care. She won, and she really needed this boost.

He sat up in bed two minutes before his alarm went off. The sun was out, spring was returning to the earth and the head cold he was fighting finally had admitted defeat. Stretching and breathing deeply, he launched into his routine. He was hoping he would have time to swing by the grocery store on the way into work.

At the store, he grabbed a dozen freshly made donuts and some OJ. He thought to himself how fortunate he was that he worked at a place that provided free coffee. Waiting at the check out, he struck up a conversation with the cashier whose eyes looked strained from the all-night shift. He tried to offer the guy a donut, but upon the grateful, laughing refusal of multiple offers, he relented. Instead, he made sure to leave the cashier with a smile, a dumb joke and well wishes.

In the car, he sang to some of his favorite music and couldn’t help but smile at the guy walking down the street who was jamming to some tunes of his own. Gosh, it was a good day! Next on the list was to get to the office, deliver the Monday donut surprise and check in on Gary to see how his mom was doing post-surgery. What a blessing that she had pulled through!

She stood up and smiled. The facial expression was so foreign and so big for her that she actually felt the corners of her eyes crinkle. Looking back at the first line of the letter she just opened, her heart fluttered. “I’m delighted to inform you that the Board of Admissions has voted to admit you to Brown University, class of 2022…”

She did it. She was in. Who cares she had no one there to celebrate with her? Who cares she was the first in her family to want something everyone else told her would just make adversity more tangible? Who cares if she wasn’t quite sure yet how the money would work out? She held in her hand a ticket to a new kind of future–a new kind of possible.

After taking one last look at the words on the page, she slipped the acceptance letter under her pillow and finished getting ready for work. No one at the diner noticed that night except one of her regular customers that squinted while observing, “Something looks different about you.” She answered only with a smile, which shocked him a little further, and she moved on quickly, waiting on as many tables as she could. Tips had a bigger purpose now, and she could almost see the day when she wouldn’t need them anymore.

Flying the red-eye flight for work always took it out of her. No matter how hard she tried, she could not sleep on planes. Walking through the terminal and to baggage claim, her feet felt a little bit like she was dragging them through sludge. Through the sliding glass door, the sun was rising and a cab was waiting to pick her up and take her home.

The 25-minute car ride felt like a blur as her mind raced from reliving her performance during the presentation to listing off the work now on her to-do list to longing for a cup of coffee.  Pulling into the driveway, she could see the lights were already on. She hurriedly paid the driver, gathered her things and headed toward the door.

The familiar turn of the door knob filled her with warmth before the entryway did, but nothing could top what came next. She heard the sound of four scampering feet running before she saw the two little monkeys they belonged to. “Mommy! Mommy! You’re home!” they squealed as she dropped her bags, tackled her boys and rolled around in a big hug heap on the floor. Before she knew it, her husband joined the fray, and everyone was laughing, smiling and ready to share what had happened over the last week. Finally, she was home.

Sitting in his recliner chair, he looked across the room to the space his wife of seventy-five years no longer occupied. Instead of her chair, there was now a large plant there to make it feel less–vacated. As he sat and looked out the window, a heaviness fell with the rain. But then he remembered back to the plastic hood he used to help affix over her hair to keep it dry when they went out on days like this one.

He chuckled to himself about how he had learned to dress her hair with a pick so that her perm would stay in a perfect globe. He watched that globe of hair age in reverse–from white and thin to gray and thick when she used to teach their granddaughter piano. To curly red when she delivered each of their children. To the way the sun hit it the day he first took her hand to help her over the fence at his family farm.

The memories wrapped around him, filling the room to the brim with her presence. It ached. But it also coexisted with the beauty of her life–the peace of her rest.

These are my five epiphanies of joy. Whilst putting them out here sometimes feels a little convenient or trite, I still look forward to exploring how each of them feel and what each of them look like in the coming weeks.

Joy Quote for the Week

“Learn from yesterday; live for today; hope for tomorrow.”